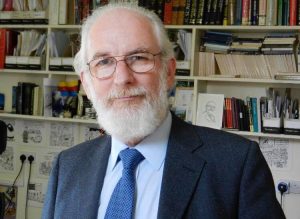 Prof DAVID CRYSTAL who is highly read and cited writer, editor and is best known for his two encyclopedias for Cambridge University Press, The Cambridge Encyclopedia of Language and The Cambridge Encyclopedia of the English Language (3rd edn 2018). He was founder-editor of the Journal of Child Language, Child Language Teaching and Therapy, and Linguistics Abstracts. He is currently patron of the International Association of Teachers of English as a Foreign Language (IATEFL) and the Association for Language Learning (ALL), president of the Society for Editors and Proofreaders and the UK National Literacy Association, and an honorary vice-president of the Institute of Linguists and the Royal College of Speech and Language Therapists. He is a past honorary president of the National Association for Professionals concerned with Language-Impaired Children, the International Association of Forensic Phonetics, and the Society of Indexers. He was Sam Wanamaker Fellow at Shakespeare’s Globe in 2003-4 and honorary president of the Johnson Society for 2005-6. He received an OBE for services to the English language in 1995, and was made a Fellow of the British Academy (FBA) in 2000. 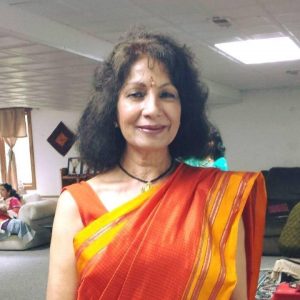 Her areas of interest include: pedagogy and second language learning, classroom related research, curriculum, resources and support for ESL students, student-retention and success, and learning language through culture and culture through language.

Dr. Madhu has presented at the MATSOL, TESOL, USA, Thai TESOL, the NELLE (Networking English Language Learning in Europe), in Austria, Greece and Germany, and SPELT. A Fulbright alumnus, Madhu has participated in the teacher exchange program of the Massachusetts Council for the International Education (MaCIE) with Netherlands.

She is a Professor and Associate Chair in the Department of Linguistics & Germanic, Slavic, Asian, & African Languages at Michigan State University, where she teaches in the MA Program in Teaching English to Speakers of Other Languages (TESOL) and the Second Language Studies Program. Her main area of research is second language (L2) writing. She is particularly interested in the various research methods and measures used in studying L2 writing as well as the interface between the fields of L2 writing and second language acquisition. She has also published and done research in the areas of second language acquisition, foreign language classroom discourse, and behavior differences in novice vs. experienced teachers.

She has conducted workshops for foreign language teachers through MSU’s Center for Language Education and Research, a federally funded Title VI Language Resource Center of which she is a co-director.  She has been a visiting instructor at the Ontario Institute for Studies in Education/University of Toronto and Teachers College, Columbia University. She has taught ESL at MSU, UCLA, the Chinese Academy of Social Sciences Graduate School in Beijing, and Philadelphia Community College.

She is the co-editor of TESOL Quarterly and was also the former associate editor of the Modern Language Journal.

Francisco A. Marcos-Marin, is Professor of Linguistics and Translation at the University of Texas at San Antonio. He has worked as visiting Honorary Professor in various universities of the world. Presently, he is expert in European Research council. He is the author of more than fifty books. He has also translated books and papers from English and Portuguese into Spanish and published more than three hundred contributions in scientific journals, collective volumes in Argentina, Austria, Belgium, Brazil, Canada, Chile, P.R. of China, England, France, Germany, Italy, Mexico, Pakistan, Peru, Poland, Spain, Thailand, Switzerland, and the United States of America. He has delivered more than one hundred and fifty papers, read at national and international scientific meetings, and has taught in more than one hundred and twenty workshops of specialization in different countries.

Current areas of Research and Teaching: Linguistics and Typology, Cultural History of Medieval Spain, History of the Spanish Language and the Romance languages of Roman Africa and Hispania, the Linguistic History of Texas, Historic Rock Art and Semiotics of Rock Art.

She serves as Dean at the Center for language studies, University Tun Hussein Onn Malaysia.Her primary research interests lie at the interface of two major research areas - Second Language Learning and Problem-Based Learning. She is particularly interested in investigating opportunities for language use & development and support as well as opportunities for ongoing language learning in the higher education contexts.

She has extensive experience in teaching across various contexts (University level teaching as well as teaching primary and adult matured students) and in research methods (classroom discourse analysis, qualitative data analysis using Transana, and quantitative data analysis using SPSS). She also reviews manuscripts for academic journals such as [i] The International Journal of Problem-Based Learning; [ii] The International Journal of Social Sciences; [iii] Journal of Language for Specific Purposes; and [iv] Jurnal Sains Humanika in addition to being Article Editor for SAGE Open Publication.

Dr. Nooreen Noordin holds a doctoral degree from University Putra Malaysia in the field of Teaching English as a Second Language. She is a senior lecturer at the Department of Language and Humanities Education, Faculty of Educational Studies, University Putra Malaysia. Her research interests are on language learning technology, content-based instruction and learning styles. She has authored and co-authored several book chapters and journal papers.